Running time: 2h 30' (including an interval)

Olivier Award Winner George Maguire (Sunny Afternoon, Another Night Before Christmas and Thrill Me: The Leopold & Loeb Story) makes his Shakespearean Debut in a new adaptation of Twelfth Night. This production reunites our Artistic Director - Guy Retallack with Producer Rob Harris whom together have presented the last five Christmas shows at the Bridge House Theatre.

Twelfth Night, often described as one of Shakespeare’s greatest comedies and revolves around Sebastian and his twin sister, Viola – each of whom, when separated after a shipwreck ad – believes the other to be dead. Cast ashore in a strange land of Illyria, Viola protects herself by adopting a male disguise – a ruse that leads to hilarious confusion when she enters the service of the lovesick Duke Orsino, acting as go-between in his hopeless suit to the Countess Olivia. The play features some of Shakespeare’s greatest comic creations including Sir Toby Belch and Feste.

Twelfth Night is a masterpiece of unrequited love, gender reversal and mistaken identity and this production is not to be missed.

Guy trained at the Central School of Speech and Drama (CSSD), doing the Stage Management Course, having taken advice from director Deborah Warner.

As a stage manager Guy worked in the West End, at the Old Vic Theatre under Jonathan Miller, and for the Royal Shakespeare Company.

During the early 1990s Guy was a founder member and director of London based Company of Clerks, with whom he did numerous shows including the highly acclaimed "The Master and Margarita" by Bulgakov (BAC), for which he was nominated Most Promising Newcomer by Plays International.

Guy's real training and development as a director came from his extensive experiences as an assistant and associate to some of Great Britain's most talented and successful directors, including Howard Davies (National Theatre), Jeremy Sams (NT and PW/Old Vic). Guy worked with Stephen Daldry over a two year period, as associate director on the internationally acclaimed "An Inspector Calls" (PW/National Theatre). Guy's most formative experience as a young director came from his four year apprenticeship with Max Stafford Clark (Out of Joint/Royal Court); this included the celebrated production of "Shopping and F***ing" by Mark Ravenhill.

Since 1998 Guy has been Artistic Director of Wild Thyme Theatre Company, which toured bold reimaginings of Shakespeare's classics, including "Richard III", set in the 1960s East End, starring Eddie Marsan (from his original idea).

In 2002 Guy began a collaboration with Filter Theatre, which resulted in "Faster", a show that was to grow and evolve over the following three years, playing London, touring nationally, internationally, and eventually finishing at the 59E59 Festival in New York in 2005.

2004 saw Guy directing a new play,but in a classical mould, by Glyn Maxwell, the prize winning poet; "The Lifeblood" was sharply focused contemporary take on the last days of Mary Stuart, written in iambic pentameter. The production was such a critical that it led to the formation, by Sue Scott Davison of Lifeblood Theatre Company. The collaboration between Guy, Glyn Maxwell, and Sue Scott Davison has led to further projects including "Liberty", at Shakespeare's Globe and on tour, and most recently a development of "The Gambler", a reworking of Dostoevsky's classic novella, which is also being developed for BBC Radio 3.

During 2007, Stephen Brown, who wrote the second version of "Faster", asked Guy to direct the World Premiere of Stephen's groundbreaking and provocative play about paedophilia and redemption "Future Me", which was produced at Theatre503. A totally new production of "Future Me" tours in 2009.

George Maguire (born in Guildford on 17 January 1985) is an Olivier Award winning British actor and musician best known for originating the role of Dave Davies in the musical Sunny Afternoon. His work spans across both stage and screen, but George has stated that he has a particular interest in new musicals as "it's very exciting to be able to create a role and to be part of a piece which is brand new".

He is often confused with George Maguire, a younger British actor who starred in the title role of long-running West End musical Billy Elliot.

George made his first appearance on stage, aged 9, in a small role in a pantomime production of Robin Hood and the Babes in the Wood at Guildford Civic Hall.

When he was 10, he attended an open audition that landed him his West End debut in Oliver! at the Palladium. George joined the production during its run, and stayed for two years.

While still appearing in Oliver! he began to attend Italia Conti Academy of Theatre Arts. During his time there he saw the first London production of Rent which proved a great inspiration for him. "It was raw, rocky and real and I remember thinking 'that's the kind of stuff I want to do'."

In August 2001 he starred as Jimmy in a production of The Who's Quadrophenia at Nuffield Theatre in Southampton.

After participating in two touring productions (Tonight's the Night, Rent) he played Joe Vegas in Fame at the Shaftesbury Theatre, followed by another production of Quadrophenia, this time travelling extensively all over the UK. This production used four actors to portray the differing aspects of Jimmy's personality; George played Jimmy Tough Guy.

In November 2010 he portrayed Tad in Bright Lights, Big City, a musical based on the novel by Jay McInerney.

In 2011 George Maguire appeared as Richard Loeb in Thrill Me, first at the Tristan Bates Theatre in London and then at the Charing Cross Theatre.

This was followed by his first of two stints as 1970s glam rock star Marc Bolan in 20th Century Boy which premiered at the New Wolsey Theatre in Ipswich in September 2011.

A planned tour of Hair with Maguire taking the lead role of Berger was cancelled with the exception of a two-week engagement at Deutsches Theater in Munich. A few months later, in July 2012, there was a one-off charity performance of this production at the Piccadilly Theatre in London in aid of Help for Heroes which featured Oliver Tobias, who portrayed Berger at the first London production of Hair in 1968.

In September of the same year, George returned to 20th Century Boy, this time performing at Belgrade Theatre in Coventry.

Early 2013 saw the premiere of a new British musical at Soho Theatre in London: Lift. The musical centres around eight strangers in the confined space of an underground lift, fragments of their lives are revealed in quick succession through cross-cutting sequences. George played a young Busker, looking for cash and for the woman that always walks past him smiling every morning. The snapshots into his life show him imagining a life with her, describing the way they would fall in love. Maguire said about the production: "I have always been passionate about new writing and love the chance to originate a role."

George made his big break playing Dave Davies in the Kinks musical, Sunny Afternoon. He helped evolve the piece beforehand through its rigorous workshopping process. "It's quite rare and special to be able to see a piece through from the beginning." The show opened at the Hampstead Theatre in April 2014 and after a sold-out run of 6 weeks, transferred to the West End's Harold Pinter Theatre where it ran for two years. Maguire left the show in early October 2015.

Another new British musical awaited him, this time in the form of political satire: The Buskers Opera, Dougal Irvine's modern take on the Beggar's Opera/Threepenny Opera which premiered to critical acclaim at the Park Theatre, Finsbury Park. This time Maguire took on the leading role of Macheath, the outspoken, rebellious musician who uses his voice to lead activist group The 99 Percenters.

At the end of the summer of 2016 Maguire took the role of Jesus in three gala concerts of the musical Godspell alongside Kerry Ellis, Ramin Karimloo, Preeya Kalidas and Dominic Andersen. The show was staged at St. Paul's Church in London's Covent Garden by The British Theatre Academy and featured an ensemble of young performers.

Late 2016 saw Maguire as the lead in the American musical Another Night Before Christmas which had its European premiere at the Bridge House Theatre in Penge, South London. The musical tells the story of social worker Karol who, due to a faulty security system, is trapped with a man whom she believes to be a burglar but who insists on being Santa Claus. The production featured voice-overs by Rachel Tucker and Oliver Tompsett.

In 2017 Maguire joined the cast of long-running British TV soap EastEnders as a guest star. September 2017 saw George Maguire take the part of Man 3 in Ryan Scott Oliver's musical exhibition 35mm at The Other Palace theatre's studio in London.

From March 2018 Maguire once more starred as Marc Bolan in the musical 20th Century Boy, this time on a national tour.

The original cast recording of the Kinks musical Sunny Afternoon was recorded at Ray Davies's Konk Studios and produced by Davies. Maguire sang lead on two songs ("I Gotta Move" and "Till the End of the Day") and played guitar on several tracks. The CD was released in October 2014 to coincide with the opening night of the show, at the Harold Pinter Theatre. Also in autumn of 2014 George Maguire appeared on Julie Atherton's CD Rush of Life for which he also wrote two songs ("Trail of Behaviour" and "Your Body").

May 2016 saw the release of Rory Sherman's project MS Song Cycle, a new musical song cycle inspired by the stories of women living with multiple sclerosis. Maguire contributed the music to the song "Frayed Chords of My Life" (sung by his Sunny Afternoon co-star Lillie Flynn).

2016 also saw the release of short film Mdudu Boy for which George Maguire wrote the original song "Bang the Drum". 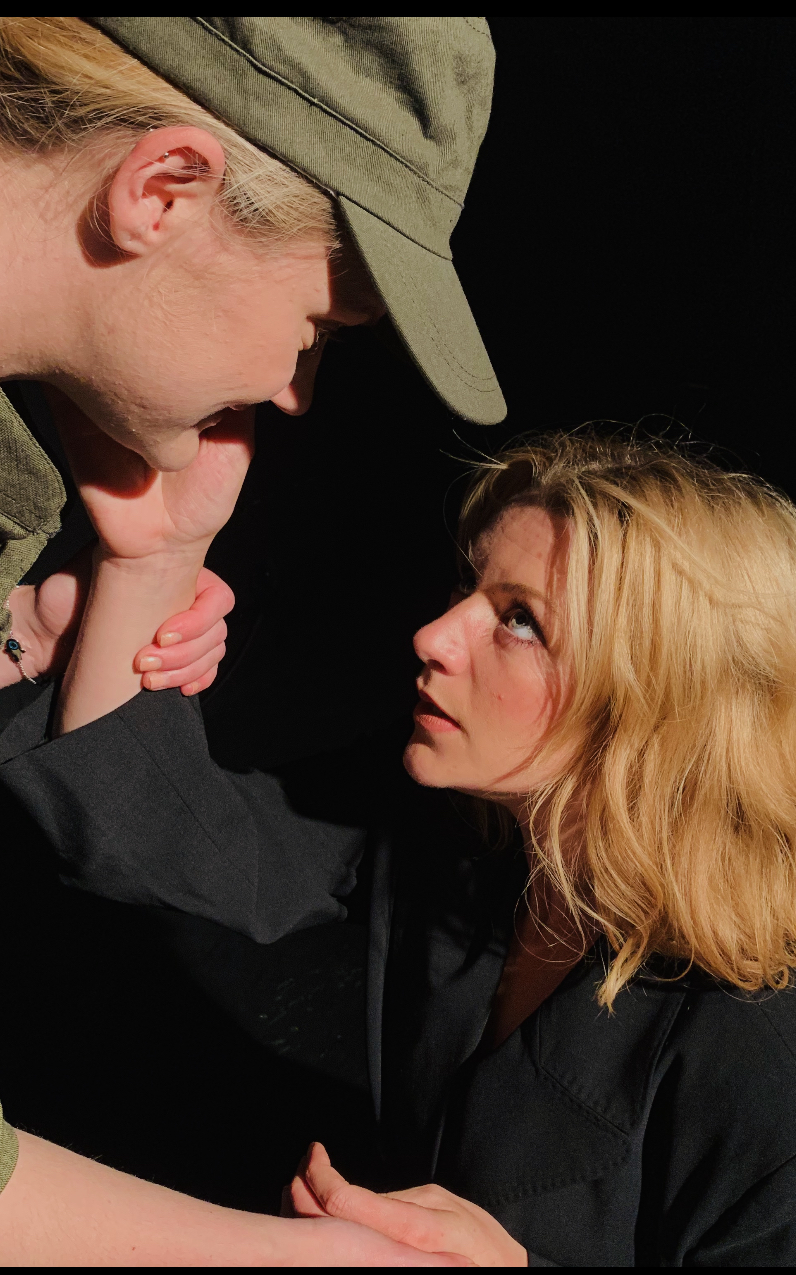 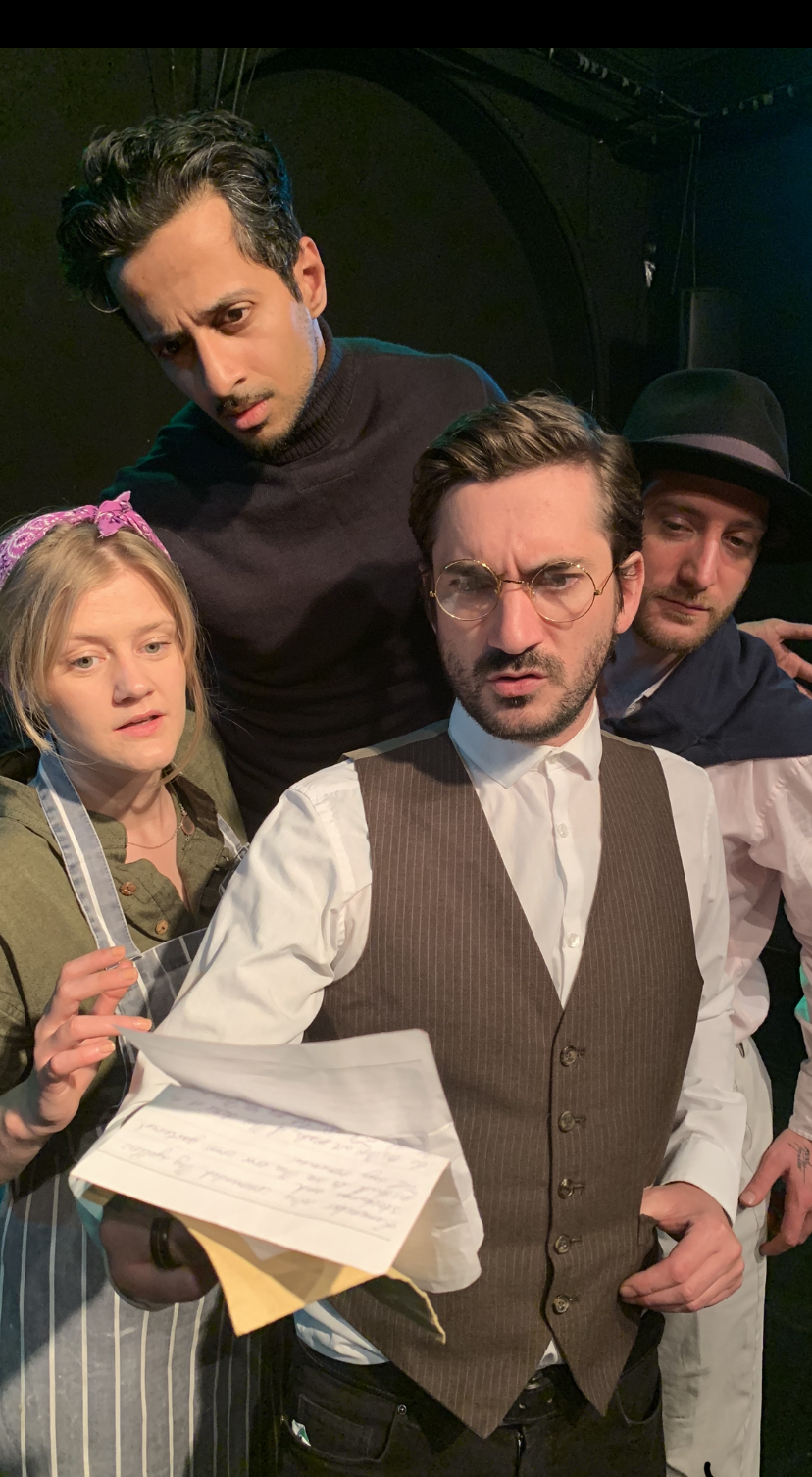 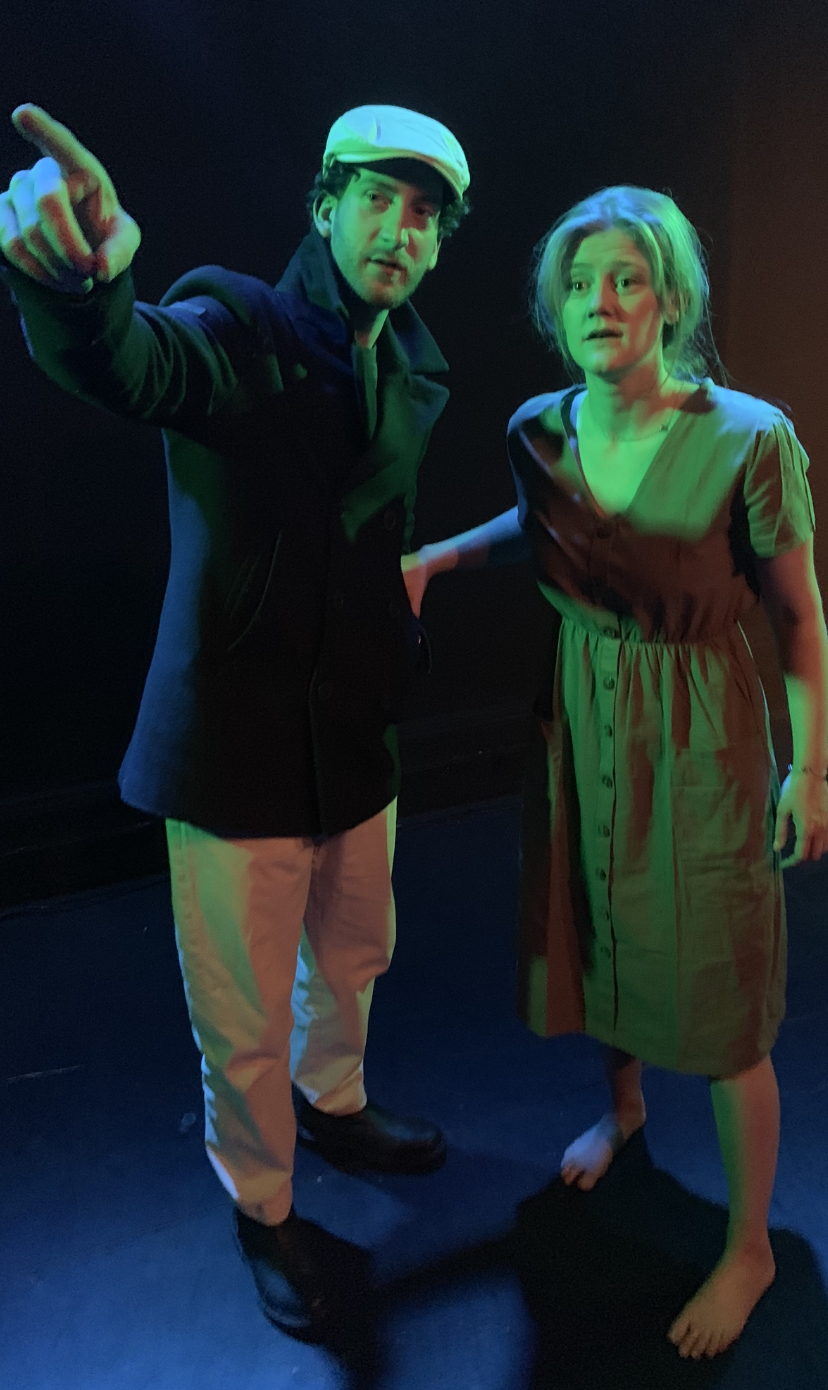 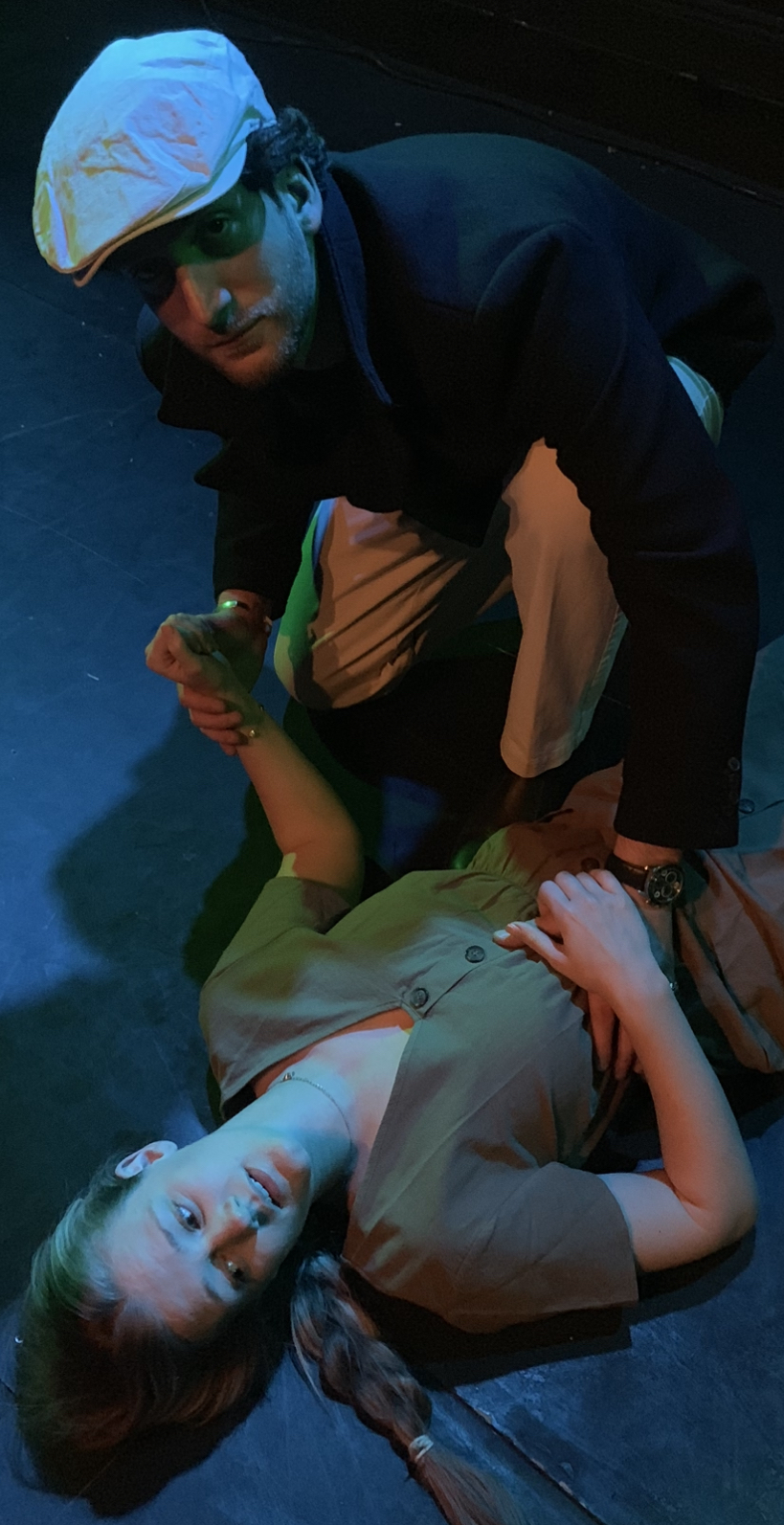